Fidel Castro and what Trump and his stimulated haters ignore.

Trump’s moves against Cuba began by insulting Fidel on the occasion of his death, handing over policy towards the island to the most aggressive sectors in South Florida, and using the dubious “attacks” on his diplomats in Havana, to later escalate to the pursuit of ships carrying fuel to Cuban ports a través de Fidel Castro […] 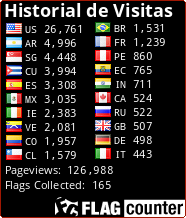